Marianne & Leonard: Words Of Love | Triskel Arts Centre
We are committed to the Health & Safety of our staff and audiences. And we are operating under the agreed protocols described under "Guidance documents for the Safe Operations of Cinemas during COVID-19 Resilience and Recovery 2020-2021", a copy of which can be found here.
Live Music
Cinema
Visual Art
Festivals
Education
Special Events

Marianne & Leonard: Words Of Love 15A 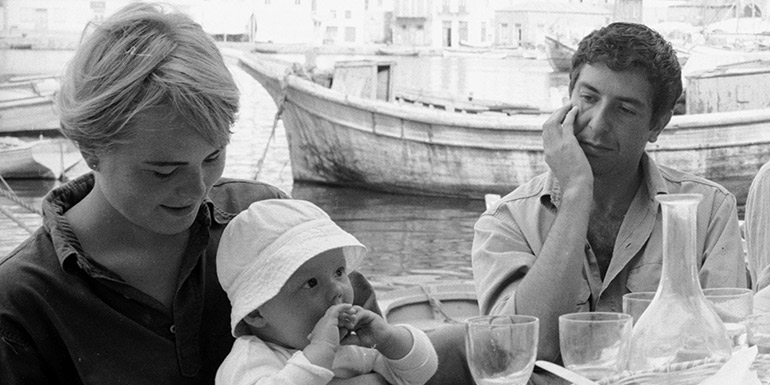 Marianne & Leonard – Words of Love is a beautiful yet tragic love story between Leonard Cohen and his Norwegian muse Marianne Ihlen. Their love began on the idyllic Greek island of Hydra in 1960 as part of a bohemian community of foreign artists, writers and musicians. The film follows their relationship from the early days on Hydra, a humble time of ‘free love’ and open marriage, to how their love evolved when Leonard became a successful musician.

It was on Hydra in 1968 that director Nick Broomfield, then aged 20, first met Marianne Ihlen. Marianne introduced him to Leonard Cohen’s music and also encouraged Nick to make his first film and was an enormous influence on him.

Marianne and Leonard’s was a love story that would continue for the rest of their lives. Along the way we learn of the tragedy that befell those that could not survive the beauty of Hydra, the highs and lows of Leonard’s career, and the inspirational power that Marianne possessed. Marianne and Leonard died three months apart.

Deborah Harry Does Not Like Interviews (18 minutes, directed by Meghan Fredrich): Blondie’s Debbie Harry endures years of superficial, tedious, and demeaning questions from journalists until she devises a brilliant way to turn interviews on their head. This short film will support Marianne & Leonard: Words of Love.