Make Up | Triskel Christchurch
We are committed to the Health & Safety of our staff and audiences. And we are operating under the agreed protocols described under "Guidance documents for the Safe Operations of Cinemas during COVID-19 Resilience and Recovery 2020-2021", a copy of which can be found here.
Live Music
Cinema
Visual Art
Festivals
Education
Special Events 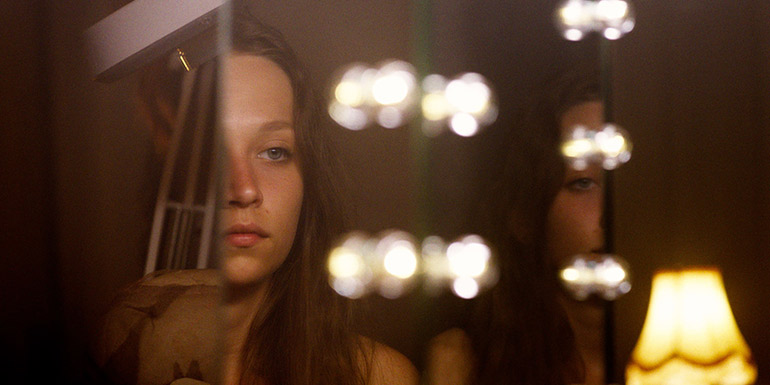 Teenager Ruth travels to a seaside holiday park to stay with her boyfriend Tom. It’s off-season, so the resort is mostly deserted, except for a few residents and a handful of staff charged with sprucing up the place. Ruth gradually settles into her new environment, finding work and making a new friend in the form of make-up enthusiast Jade. But one afternoon, while giving Tom’s caravan a spring clean, Ruth finds evidence her beau might be cheating on her. As her desire to uncover the truth turns into an obsession, she begins to realise she might be looking for something else entirely. Transforming her remote coastal setting into an intangible labyrinth of creeping intrigue, Claire Oakley inventively flirts with genre conventions to weave a singular tale of self-acceptance and sexual awakening.

Make Up is the feature film debut from director Claire Oakley which has received much critical acclaim.

+Short Film: Stigma (10 minutes, directed by Helen Warner):
A string of confessions unveil a tale of religious guilt, sin and redemption in this experimental drama. This short film will support Make Up.