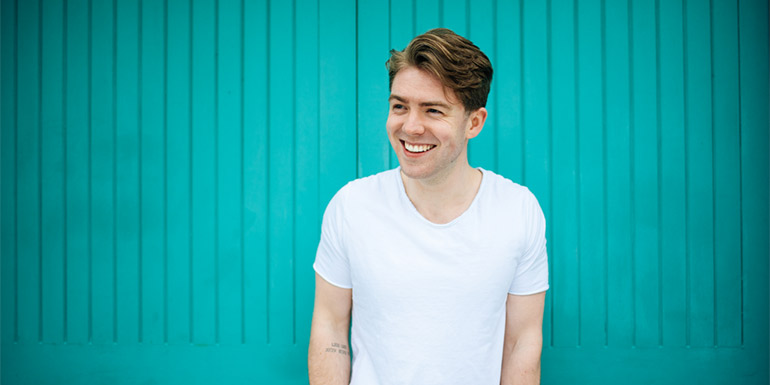 Little Hours is the musical moniker for Killybegs multi-instrumentalist and songwriter John Doherty.

From a musical family background, John began his career as a bass player, idolizing Phil Lynott of Thin Lizzy. He played in local bands with school pals before delving into songwriting, where he picked up the guitar, piano and various other instruments. Inspired by his admiration for artists such as Ben Howard, Bon Iver and Ray Lamontagne, Little Hours started playing live at local acoustic nights in Donegal. He made a big first impression with the first Little Hours single release, ‘It’s Still Love’, which was nominated for Song Of The Year at the Choice Music Prize in 2015.

High profile live shows with Kodaline, Birdy and the first Little Hours Irish tour followed ahead of the release of radio and streaming hit ‘Water’ early in 2017. Much of the year was spent winning over new fans on the UK, German and Irish festival circuit, which culminated in a mainstage appearance at Electric Picnic later that summer.

Returning to the studio, John doubled down on his writing and recording skills, and further radio and streaming hits peppered playlists and the airwaves – ‘How Could I Love You?’, ‘Later On’ and ‘Heavy On You’ – as John played his first shows in Europe, both opening for Hudson Taylor and his own solo headline shows.

Drawing on some recordings from sessions in Dublin and the UK, John returned home to Donegal to Attica Audio to work with producer Tommy McLoughlin, best known for his work with Villagers and Soak, in early 2019. Drawing on a revolving team of guest musicians and local friends, the record took shape in the shadow of Glenveagh National Park, and is informed by John’s upbringing on the Wild Atlantic Way as much as his love for classic songwriters such as Van Morrison and John Martyn.

“I’d like to think that this record is a reflection of who I am, where I’m from and that each song is an honest result of my memories and hopes forged together.” – John Doherty

Equally at home live as a one-man storyteller or fronting his band, John is looking forward to playing his songs – new and old – to audiences again.