Hellraiser | Triskel Arts Centre
We are committed to the Health & Safety of our staff and audiences. And we are operating under the agreed protocols described under "Guidance documents for the Safe Operations of Cinemas during COVID-19 Resilience and Recovery 2020-2021", a copy of which can be found here.
Live Music
Cinema
Visual Art
Festivals
Education
Special Events 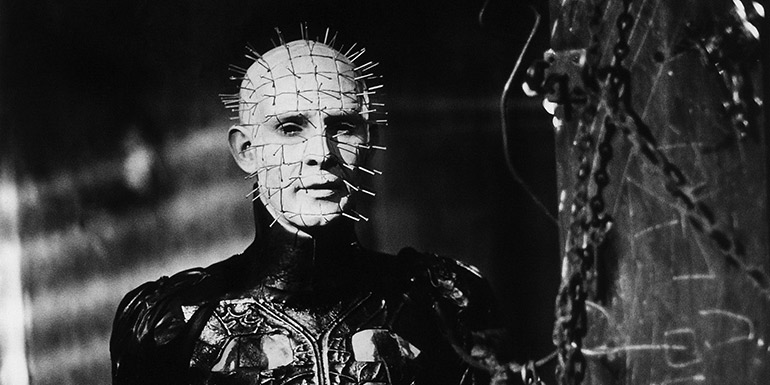 When Frank Cotton solves the mystery of a Chinese puzzle box he enters the world of the Cenobites. A world where these cruel sadists thrive on pain. Later, restored to life by the blood of his brother Larry, Frank rises to feed on the life of others. When Larry’s wife agrees to provide the sacrifices he needs, the spills, chills and thrills are just beginning. Hellraiser became an instant genre classic upon release and remains one of the most frighteningly original visions in horror.