Heathers | Triskel Arts Centre
We are committed to the Health & Safety of our staff and audiences. And we are operating under the agreed protocols described under "Guidance documents for the Safe Operations of Cinemas during COVID-19 Resilience and Recovery 2020-2021", a copy of which can be found here.
Live Music
Cinema
Visual Art
Festivals
Education
Special Events 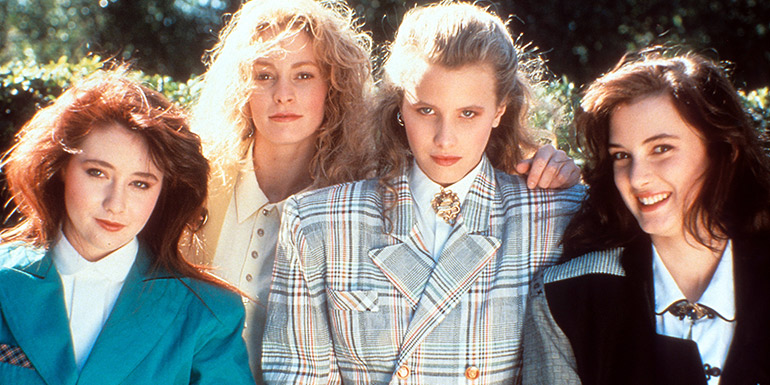 This true cult classic of modern American cinema has captured the imaginations of troubled teenagers the world over with its acerbic satire of the sugar-coated high school movies of the 1980s. This cruelly hilarious black comedy follows four teenage girls, three of whom are called Heather, who form a powerful clique in an Ohio high school.

Filmed in just 33 days, the film was supposed to be the teen movie to end all teen movies. Its initial tagline was: “Love. Lust. Murder. Heathers: The Last Teen Film.” Writer Daniel Waters intended Heathers to be a sharp satire of John Hughes movies like Ferris Bueller’s Day Off, offering a darker, more sinister vision of high school in the 1980s.

‘Still deliciously dark and, for the most part, courageous. The hair and clothes may have dated, but this satire still has bite.’ Empire