Groundswell | Triskel Arts Centre
We are committed to the Health & Safety of our staff and audiences. And we are operating under the agreed protocols described under "Guidance documents for the Safe Operations of Cinemas during COVID-19 Resilience and Recovery 2020-2021", a copy of which can be found here.
Live Music
Cinema
Visual Art
Festivals
Education
Special Events 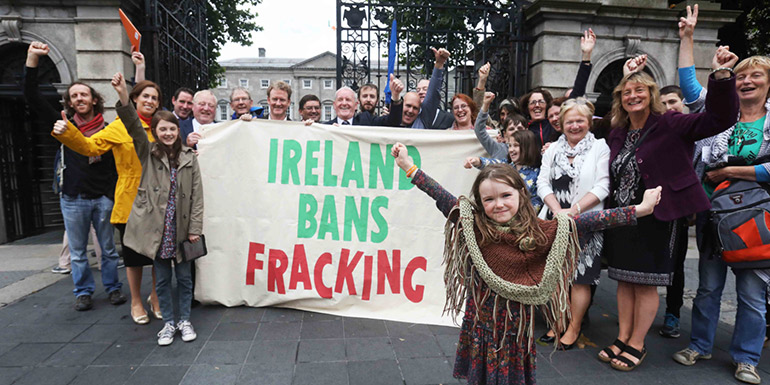 Triskel Arts Centre, in partnership with Eclipse Pictures and Modern Films, presents the opportunity to rent Groundswell online. The film can be rented via the Modern Films VOD service for €9.99.

Activist and filmmaker Johnny Gogan’s Groundswell provides a uniquely personal insight into how Ireland banned the practice of hydraulic fracturing (fracking) and how Northern Ireland still faces the prospect.

The film follows the establishment of a broad-based campaign in these counties which spread nationally and internationally, leading to the passing of a seminal law in the Dáil banning fracking in 2017. With over 40 contributions from participants on both sides of the Atlantic including actor and campaigner Mark Ruffalo, Sandra Steingraber, Eddie Mitchell, Dianne Little and Nuala McNulty, Groundswell is a very affirmative story about the power of community and creativity, but also about the persistence of the oil and gas industry beyond Peak Oil.