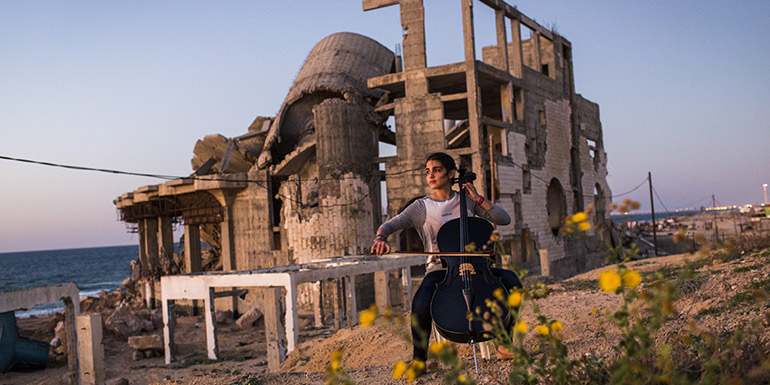 The Gaza strip is 41 kilometres long and between 6 to12 kilometres wide. Its inhabitants live under the constant threat of violence and upheaval, military action and deprivation; daily life is a struggle. But living in this small and contentious territory does not stop people from dreaming of more.

An Irish-Canadian co-production, Garry Keane & Andrew McConnell’s Gaza is a captivating documentary which examines life in the Gaza strip through the eyes of ordinary people between 2014 and 2018.

Inspired by a photographic series by McConnell, capturing surfers in Gaza, this film highlights real human stories, struggles, and aspirations beyond news reports.