Finghin Collins – Wanderer Tour | Triskel Arts Centre
We are committed to the Health & Safety of our staff and audiences. And we are operating under the agreed protocols described under "Guidance documents for the Safe Operations of Cinemas during COVID-19 Resilience and Recovery 2020-2021", a copy of which can be found here.
Live Music
Cinema
Visual Art
Festivals
Education
Special Events 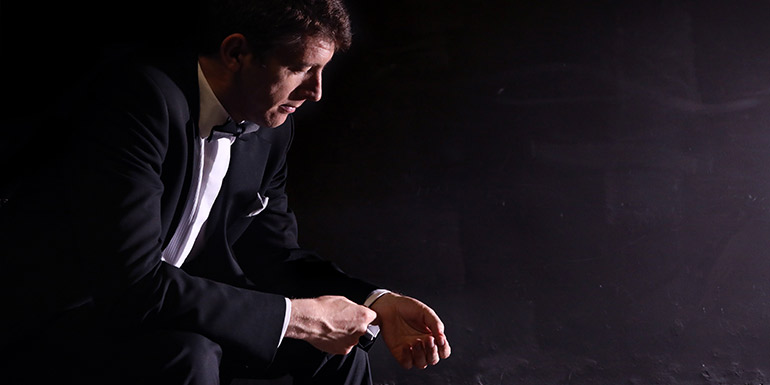 After months of inactivity, pianist Finghin Collins takes to the road again this winter, embarking on an extensive national recital tour which he has named after one of the major pieces in the programme – Schubert’s Wanderer Fantasy.

This is Schubert’s most demanding work for piano solo, which Schubert named after one of his own songs “Der Wanderer” – music from the song appears in each of the linked movements of the piece. The second half of the programme presents a diverse range of works inspired by the evening and night as well as Elaine Agnew’s contribution to the Ros Tapestry Suite, commissioned by the New Ross Piano Festival in 2014.

One of Ireland’s most celebrated musicians and significant musical ambassadors, Finghin Collins was born in Dublin in 1977 and, following initial lessons with his sister Mary, studied piano at the Royal Irish Academy of Music with John O’Conor and at the Geneva Conservatoire with Dominique Merlet. His international career was launched by winning first prize at the Clara Haskil Competition in Switzerland in 1999. He has performed in recital and with major orchestras throughout Europe and the United States, as well as in the Far East and Australia.

Engagements in 2020 included solo, chamber and concerto performances of Beethoven across Europe to mark the composer’s 250th anniversary, as well as his début with the Russian National Orchestra in Moscow, although most of these engagements had to be cancelled or postponed due to the coronavirus pandemic. When online activities resumed in Autumn 2020, Collins performed throughout Ireland, in Galway, Kilkenny, Limerick, Dublin, Drogheda, Belfast, Wexford Festival Opera, Killaloe Music Festival and Cork, as well as play-directing concertos by Haydn and Mozart with the RTÉ National Symphony Orchestra.

Since live concerts recommenced during the summer of 2021, Collins has performed at the Wigmore Hall in London and at other venues in the UK and Switzerland; he was also a member of the jury of the Clara Haskil Competition. In the Autumn of 2021 he performs at Music in Monkstown Festival, Galway International Arts Festival, Music for Galway’s 40th Season Gala Concert, the New Ross Piano Festival and the London Piano Festival before embarking on a 17-concert solo recital tour of Ireland. The 2021/22 season also includes engagements in France, Germany, Switzerland, the UK and more.

In October 2017, the National University of Ireland conferred on him an honorary Degree of Doctor of Music.

Find out more at www.finghincollins.com