Fando y Lis | Triskel Christchurch
We are committed to the Health & Safety of our staff and audiences. And we are operating under the agreed protocols described under "Guidance documents for the Safe Operations of Cinemas during COVID-19 Resilience and Recovery 2020-2021", a copy of which can be found here.
Live Music
Cinema
Visual Art
Festivals
Education
Special Events 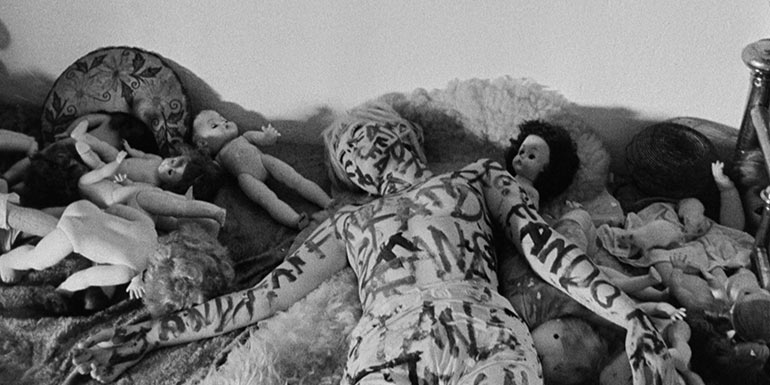 Fando and his paraplegic sweetheart Lis embark on a mystical journey through a series of surreal scenarios to find the enchanted city of Tar. On the way, they journey through urban desolation, scorched deserts and towering mountains, whilst encountering a series of terrifying and sometimes moving characters.

Boasting some of his most disturbing images, Jodorowsky’s stunning feature-length debut, Fando y Lis, is an extraordinarily ambitious and intense adaptation of a controversial play by Fernando Arrabal. A bizarre tale of corrupted innocence and tortured love rendered in searing, high-contrast black and white, Fando y Lis incited a full-scale riot when it was first screened at the 1968 Acapulco film festival.

Regular prices apply for each film in the Alejandro Jodorowsky season, but there is a special season ticket to see all four for €32.00 full price or €28.00 with annual membership. Available to purchase at Box Office.