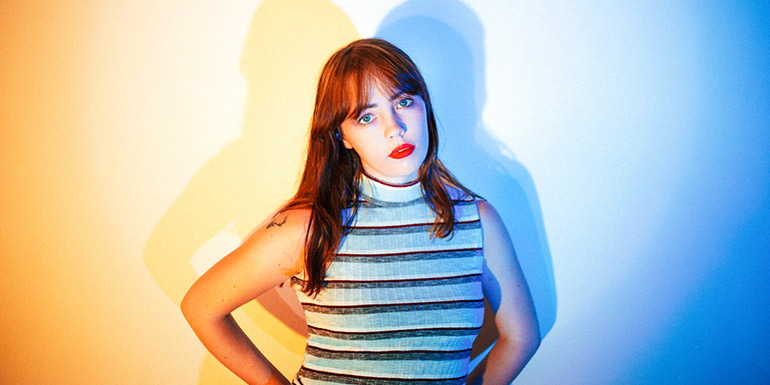 Eve Belle is a young singer, songwriter and chronicler of sorrows from deepest Donegal. Her songs and stories are imbued with an uncommon world-weariness seldom found in writers of such tender years.

In Eve Belle’s songs, the brass tacks prick skin and draw blood. Her observations are pin-sharp, she says: “My main focus as a writer is honesty across the whole emotional spectrum, this can take me from unabashed melancholia to tongue-in-cheek musings on the mores of modern love.” In 2016, One of Eve Belle’s early songs, the aptly-titled, achingly beautiful ‘Too Young To Feel This Old’ came to the attention of Irish independent label Rubyworks. Around the same time, her evocative cover of Coldplay’s ‘Violet Hill’ found favour with Chris Martin & co., and was widely shared online.

Eve’s Rubyworks debut, the 2018 Things I Once Believed 5-track EP, was produced in London with Fred Cox, best known for his work with Grace Carter and Dodie. Eve opened for label-mates Hozier and Wyvern Lingo, as well as Mabel, as part of the promo-cycle for the EP.