Double Bill: Elina Duni & Rob Luft and Arild Andersen | Triskel Christchurch
We are committed to the Health & Safety of our staff and audiences. And we are operating under the agreed protocols described under "Guidance documents for the Safe Operations of Cinemas during COVID-19 Resilience and Recovery 2020-2021", a copy of which can be found here.
Live Music
Cinema
Visual Art
Festivals
Education
Special Events 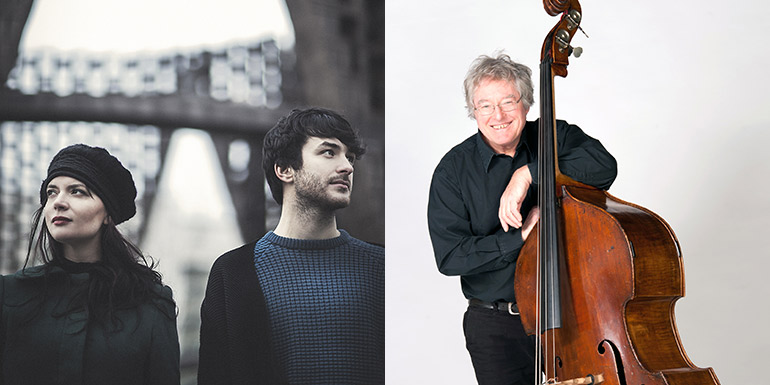 Elina Duni is a Swiss-Albanian singer. Having been signed to ECM Records since 2012, her hallmark combination of traditional Albanian folk songs and jazz has led to worldwide critical acclaim. For this new project, she is joined by guitarist Rob Luft, acclaimed as one of the rising stars of London’s flourishing contemporary jazz scene. Luft’s playing incorporates echoes of West African high-life, English folk and indie rock, and his joyously original sound finds an ideal counterpart in Elina Duni’s vocals. Together, they steer us on a journey through timeless folk songs which still resonate so truly today.

One of Europe’s leading bass players since the early 1970s, Arild Andersen started out as a member of the Jan Garbarek Quartet (1967–73) and has played and toured with, amongst others, John Abercrombie, Stan Getz, Pat Metheney, Paul Bley, John Scofield and Sheila Jordan. He has recorded 22 albums with ECM, been Artist in Residence at The Molde International Jazz Festival, received Jazz Musician of the Year 2008 from Academie du Jazz in France and has also spent time investing the possibility of combining traditional Norwegian folk music with improvised music.