Distant Voices, Still Lives | Triskel Arts Centre
We are committed to the Health & Safety of our staff and audiences. And we are operating under the agreed protocols described under "Guidance documents for the Safe Operations of Cinemas during COVID-19 Resilience and Recovery 2020-2021", a copy of which can be found here.
Live Music
Cinema
Visual Art
Festivals
Education
Special Events 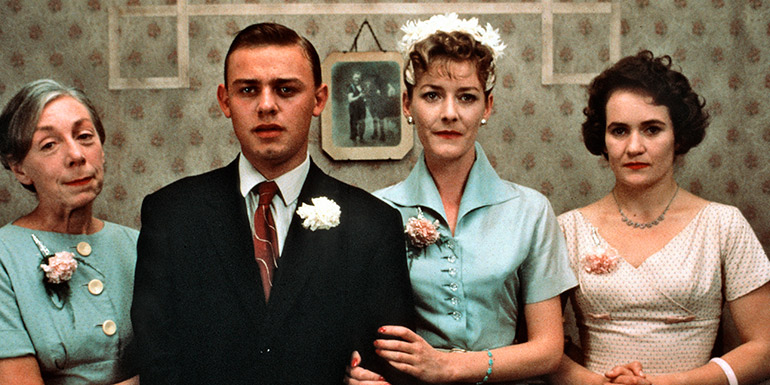 Terence Davies’ partly autobiographical tale evokes his upbringing in Liverpool after the war in a working-class home dominated by the violence of his father (played by Pete Postlethwaite). This film comprises two separate sections, with the first, ‘Distant Voices’, focusing on the early life of the family, and the second, ‘Still Lives’, chronicling the lives of the now adult children. Music is to the fore, with many of the songs in the film sung by the cast and the tagline: ‘in memory, everything happens to music’.