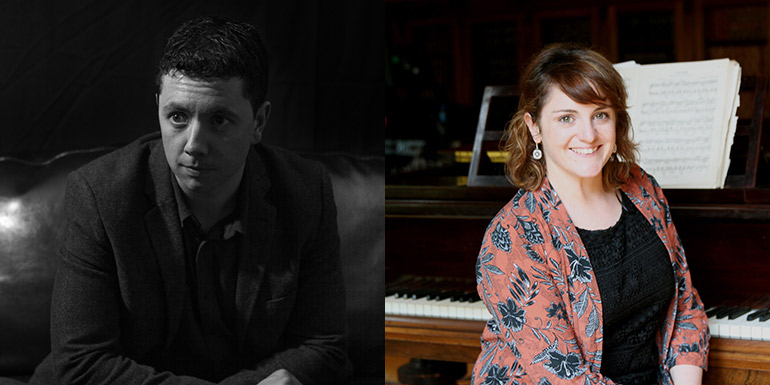 Quiet Lights presents the premiere of new work from Cork-based musician, composer and multi-instrumentalist Cormac McCarthy for Irish sean-nós singer Nell Ní Chróinín. This suite was commissioned by Islander in 2020 for voice, piano and string duo, and will be performed by Cormac McCarthy, Nell Ní Chróinín, Kate Ellis and Maria Ryan for the first time in the stunning surrounds of Triskel Christchurch.

Cormac McCarthy is a pianist, composer and arranger from Cork, Ireland. Noted for a diverse stylistic palette, and equally at home in a variety of genres, his music is said to “defy categorisation” (Lyric FM). In 2010, having completed his Masters degree in composition at the CIT Cork School of Music, Cormac received the prestigious Bill Whelan International Music Bursary, an award earmarked for young Irish composers studying abroad. He spent a number of years living in Chicago, where he completed a Masters in Jazz Studies at DePaul University.

As a pianist, he has performed extensively at concert venues, clubs and festivals throughout Europe and the US, sharing the stage/recording studio with artists across a wide musical spectrum, including Peter Washington, Nell Ní Chróinín, Billy Drummond, Liz Carroll, Donal Lunny, The RTE National Symphony Orchestra & The RTE Concert Orchestra. In 2015, Cormac released Cottage Evolution, his debut LP as bandleader, to widespread critical acclaim. He is also a member of Martin Hayes’ most recent project, The Common Ground Ensemble.

Cormac continues to be in demand as a composer, arranger and orchestrator in tandem with maintaining an active performance schedule. He lectures in piano, arranging and composition at the CIT Cork School of Music, and is director of the Cork School of Music Jazz Big Band.

Nell Ní Chróinín hails from the Irish speaking Múscraí Gaeltacht of West Cork. This area is historically linked with a strong heritage of song and music. Nell was exposed to these local traditions of the area from a very young age. She began singing at the age of 11 under a local singing scheme Aisling Gheal, whose aim is to preserve local songs by teaching them to the younger generation, thus ensuring their preservation. She has enjoyed success in her singing career to date. Her achievements include several underage singing medals and titles from various Irish festival competitions as prestigious as the Oireachas na Gaeilge and The Fleadh Ceoil.

Nell is also the youngest ever recipient to receive both ‘TG4’s Gradam Ceoil Traditional Singer of the Year‘ award in 2012 and the prestigious Corn Uí Riada award which she was awarded in 2014.

She is currently the lead singer in the well-renowned traditional band, Danú, with whom she tours with on a regular basis.

PLEASE NOTE: that all tickets must be purchased online in advance of attending at Triskel. There will not be a Box Office at the venue and you will not be able to purchase or collect tickets at the venue.

Quiet Lights is a unique festival celebrating all that is traditional and folk music in Ireland. In 2021, as part of the festival, we welcomed Caoimhin O’Raghallaigh, Kate Ellis & Caimin Gilmore on Friday 19 November 2021. We’re delighted that multi-instrumentalist Cormac McCarthy and Irish sean-nós singer Nell Ní Chróinín have rescheduled their previously cancelled concert.