Cobra | Triskel Christchurch
We are committed to the Health & Safety of our staff and audiences. And we are operating under the agreed protocols described under "Guidance documents for the Safe Operations of Cinemas during COVID-19 Resilience and Recovery 2020-2021", a copy of which can be found here.
Live Music
Cinema
Visual Art
Festivals
Education
Special Events 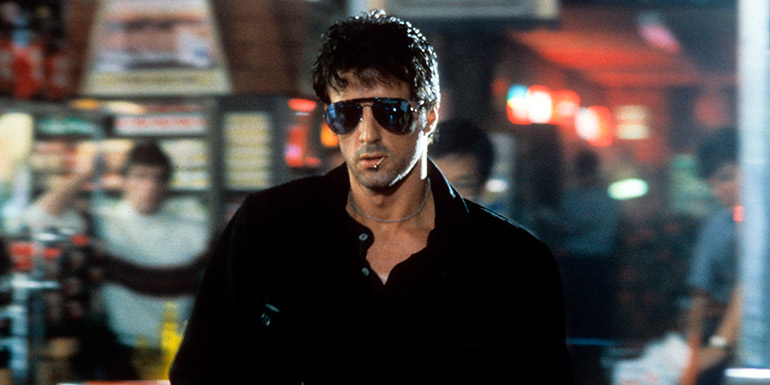 A renegade cop nicknamed Cobra (Sylvester Stallone) is a one-man assault team whose laser-mount submachine gun and pearl-handled Colt .45 spit pure crime-stopping venom! Featuring the iconic tagline, ‘Crime is a disease, meet the cure’, this is a timeless crime thriller. Tasked with protecting murder witness Ingrid (Brigitte Nielson), Cobra is a defender of the weak in the urban jungle that is 1980s Los Angeles.

On Friday 8th March there will be a screening of the eighties box office hit Short Circuit which will be followed by a public discussion with McLean and Hot Press writer Wayne Byrne focussing on McLean’s storied career (the duo has just co-authored a book on McLean’s life and prolific work behind the camera). Later on the same evening, McLean will introduce a screening of the cult action movie Cobra.

Please note that the public discussion with Nick McLean will be part of the Short Circuit ticket price.