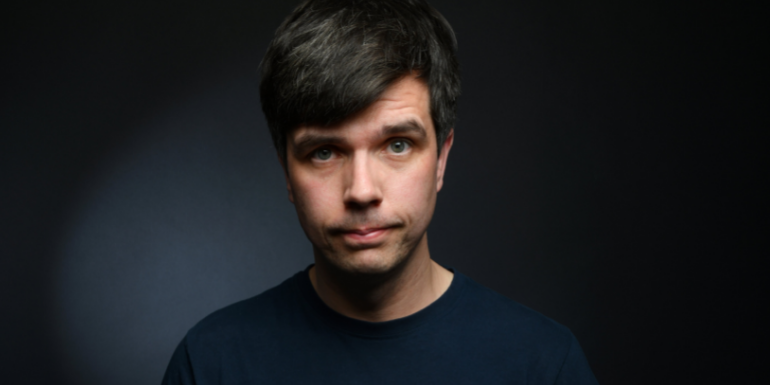 Hailing from ‘The Rebel County’ (that’s Cork for anyone outside Ireland!), Chris gave up the day job as an electrician to pursue his calling in comedy.

Having shared the stage with the likes of Bill Burr, Dylan Moran, David O’Doherty, PJ Gallagher and Neil Delamare, Chris himself is en route to becoming a household name.

His festival appearances include The Kilkenny Cat Laughs, The Vodafone Comedy Festival, Electric Picnic, All Together Now, Body and Soul and many more on the Irish scene. He has had a number of successful runs at the Edinburgh Fringe Festival and performed at the Irish comedy Festival Dubai as well as the Kansas Irish Festival in America.

As an actor, he can be seen in The Young Offenders (BBC/RTÉ) and Sharon Horgan’s Women On The Verge (UKTV/ RTÉ). Other television appearances include the RTÉ 2 panel show Next Year’s News, and The Craig Doyle Show. In the UK, he has appeared on Russell Howard’s Stand Up Central for Comedy Central.

On radio, he has been a regular panellist for the RTÉ Radio 1 show The Second Republic and a guest panellist on BBC’s The Blame Game.