Censor | Triskel Arts Centre
We are committed to the Health & Safety of our staff and audiences. And we are operating under the agreed protocols described under "Guidance documents for the Safe Operations of Cinemas during COVID-19 Resilience and Recovery 2020-2021", a copy of which can be found here.
Live Music
Cinema
Visual Art
Festivals
Education
Special Events 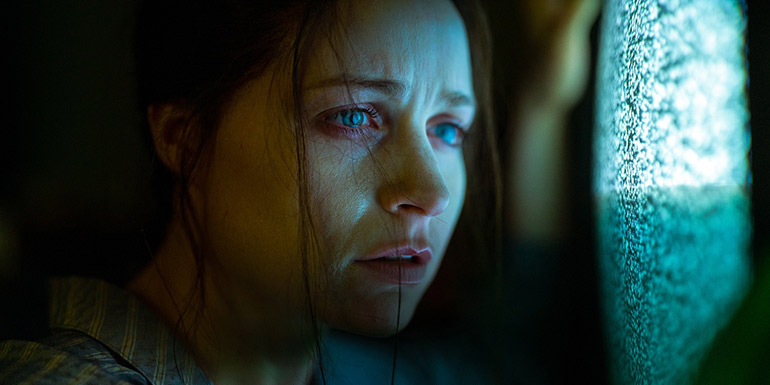 Britain, 1985. Film censor Enid takes pride in her meticulous work, guarding unsuspecting audiences from the damaging effects of watching the gore-filled decapitations and eye-gougings she pores over. Her sense of duty to protect is amplified by guilt over her inability to recall details of the long-ago disappearance of her sister, recently declared dead in absentia. When Enid is assigned to review a disturbing film from the archive that echoes her hazy childhood memories, she begins to unravel how this eerie work might be tied to her past.

Dreams Can’t Hurt You (5 minutes, directed by Chris O’Neill): Images and sounds of a vintage movie trailer are corrupted and warped into a bizarre experimental art piece of heightened intensity: the results are weird, sinister and humorous. This avant-garde short film, which received its world premiere at the Motel X film festival 2020, will support Censor.