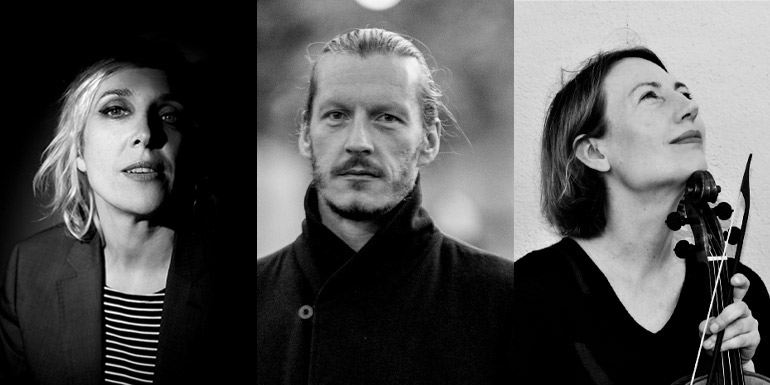 The voice of Cat Dowling has always been lauded as one of the most wonderful and evocative in Irish contemporary music.

Her beautifully dark pop songs and those husky and achingly intimate vocals will grip you from the outset. Dowling has fronted numerous music projects, the last of which was the  electro/dream-pop indie band, Alphastates.

As the front woman and main songwriter with alphastates, she gained many admirers for her energy on the live stage and for her hushed and raw deliveries. Comparisons to Liz Frazer, Beth Gibbons, Karen O, Amanda Palmer, Feist and Kristen Hersh have regularly appeared.

In 2013, her debut solo album The Believer was released to critical acclaim and featured in many ‘Best of 2013’ polls including The Sunday Times amongst others. The opening track “The Believer” featured as a closing track on the groundbreaking second series of Banshee produced by Alan Ball (Six Feet Under, American Beauty, True Blood). It also appeared on the TV Series Witches of East End featuring Julia Ormond. “Somebody Else” was featured in the highly received My name is Emily alongside Lisa Hannigan, Jake Bugg and James Vincent McMorrow.

Cat has lent her vocals on many collaborative projects, including a closing track for ABC’s How to Get Away with Murder with Emmy-winning actress Viola Davis. Following a sell-out headline show at The Irish Arts Centre NYC and a very successful East Coast US Tour in April 2017 Dowling completed her follow-up album in the interim. Her new album is both simultaneously stark and lush with an innate authenticity and rawness at its heart. The beautiful ambient and eclectic soundscapes shine throughout however it’s always her compelling and arresting vocals that truly and consistently resonate.

Her first single “Trouble” is out now.

Gerry Horan is a composer, producer, and multi-instrumentalist whose career in music spans twenty years. His work includes acclaimed films & series such as Losing Alaska, The Liberties, The Fisherman and Shooting The Darkness. He was a founding member of the bands Alphastates and The Violet Roadkills, and remains a close collaborator with renowned singer/songwriter Cat Dowling.

Originally from Finland, Marja Gaynor is a Cork-based violinist and viola player. She specialises in Baroque music and plays with various Irish and European ensembles, including the Irish Baroque Orchestra and Camerata Kilkenny, but is also known as a versatile musician at home in many different styles, a fluent improviser, as well as arranger and curator. She has performed and recorded with various Irish bands and artists including Interference, Adrian Crowley, Paul Tiernan and her own world music band The Polskadots. Gaynor also arranged and played the strings for Glen Hansard and Marketa Irglova’s Oscar winning song “Falling Slowly”.