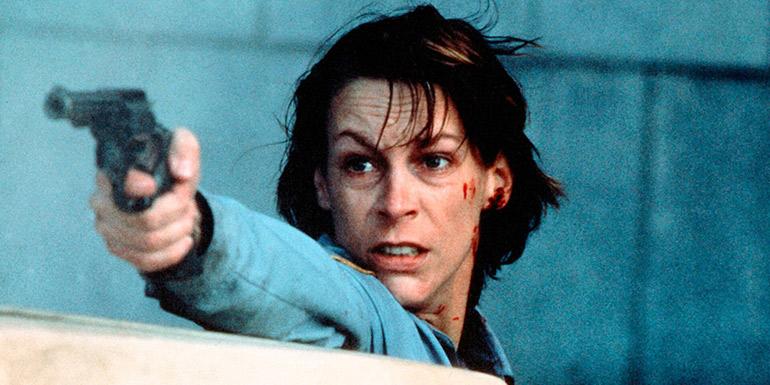 Rookie cop Megan Turner (Jamie Lee Curtis) orders a burglar to drop his gun. He whirls to shoot. Too late. Turner fires, killing him instantly. But she doesn’t know that someone has been watching. And when that someone lifts the assailant’s gun from the crime scene, carves Turner’s name into the bullets and uses them in a series of murders, Turner is drawn into a deadly game of wits with a psychopath who’s always one step ahead and much closer than she thinks!

After Blue Steel there is a 12 minute video essay about the film, created by Triskel’s Head of Cinema, Chris O’Neill.

Book Tickets
Bigelow's seductively stylish, wildy fetishistic thriller is proof that a woman can enter a traditionally male world and, like Megan, beat men at their own game
Time Out
Share this...