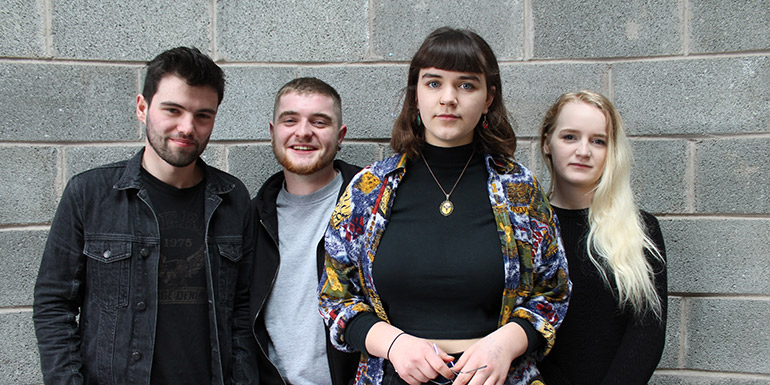 CSN College’s Famed Music, Management and Sound Course marks 30 Years of Success with an Anniversary Showcase Concert which will feature a unique blend of new and original material brought to life by current students, along with covers performed from a new perspective, promising a jam-packed night of pop, folk, jazz and every genre in between. Whispers of a surprise guest have also been heard in the lead up to the event; music to the ears of ticket holders with hopes of catching a tune from one or more of the prestigious graduates to have crossed the threshold of CSN over the years.

Over the course of the last three decades the famed college, which was recently named ‘Best Further Education Provider’ at the 2019 Education Awards, has produced some of the most successful names on the Irish music scene, including Mick Flannery, Stephanie Rainey and Nella Dwyer, along with members of The High Kings, Walking on Cars, The Frank and Walters and Ten Past Seven. Recent RTÉ Choice Music Prize ‘Irish Album of the Year’ winners, O Emperor, also honed their sound and craft in CSN, with singer Paul Savage, guitarist Alan Comerford, drummer Brendan Fennessy and former bassist Richie Walsh all present and accounted for among the college’s impressive list of talented alumni.

No stranger to navigating the intricacies of the Irish music scene and the industry in general, Course Director Chris Ahern has enjoyed a successful run in one of Cork’s most established bands, Stargazers, combining his teaching career with a passion for performing since the early 1980s. According to Chris, this balancing act is often central to longevity in the music industry and is a lesson he has taught each of his students over the years. “It is a well-known fact – today more so than ever – that a full-time career in music is hard to achieve and even more difficult to sustain. The Music, Management and Sound course teaches the ins-and-outs of the music business, from management and publicity to songwriting and production, showing our students that while performance is undoubtedly where their passion might lie, they can also forge a profitable and reliable career in many other areas of the industry. Practicalities aside, the CSN Live ‘n’ Gigging series has always been about showcasing the talent we are lucky enough to nurture and we are so proud to continuously provide this platform to some of the country’s finest artists and musicians. It never ceases to amaze me how much raw talent has crossed our doorstep over the past 30 years.”

He added: “We’re bringing it back home on the 4th April for what promises to be an unforgettable night and an opportunity for audiences to get a first-hand look at the next generation on the Irish music scene. We can’t wait to see many new and familiar faces there on the night!”

The decision to host the milestone event at the Triskel Arts Centre brings the reputable gig series full circle, harking back to CSN’s very first showcase concert which also took place there. Famed Irish folk artist Sinead Lohan, who was a student of the course at the time, was one of the performers featured on the original bill.