Alien – The Theatrical Cut: 40th Anniversary | Triskel Christchurch
We are committed to the Health & Safety of our staff and audiences. And we are operating under the agreed protocols described under "Guidance documents for the Safe Operations of Cinemas during COVID-19 Resilience and Recovery 2020-2021", a copy of which can be found here.
Live Music
Cinema
Visual Art
Festivals
Education
Special Events 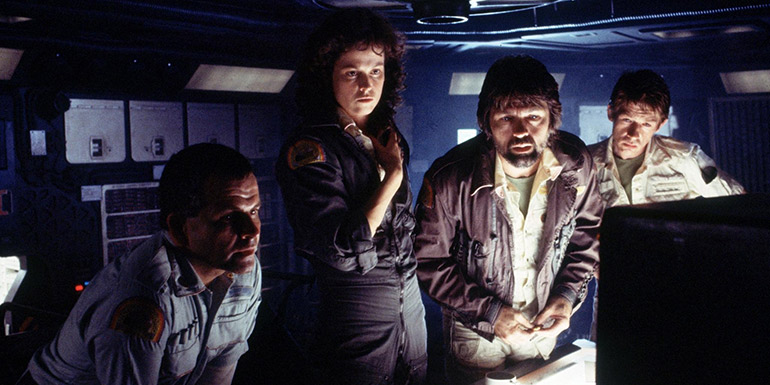 When the crew of a spaceship receive a distress signal from a desolate planet, they investigate and discover a life form that is perfectly evolved to annihilate mankind. A seminal sci-fi classic. In the original script, all characters were ‘unisex’, meaning that they could be cast with male or female actors. This also explains why characters are referred to only by their surnames during the film. The set design for the alien nest was kept intact after filming and later used in Tim Burton’s Batman.

Alien (1979) contains a sequence of flashing lights which might affect customers who are susceptible to photosensitive epilepsy.