Triskel is closed until 30 March. We will update cinema shortly.

A Dog Called Money 15A 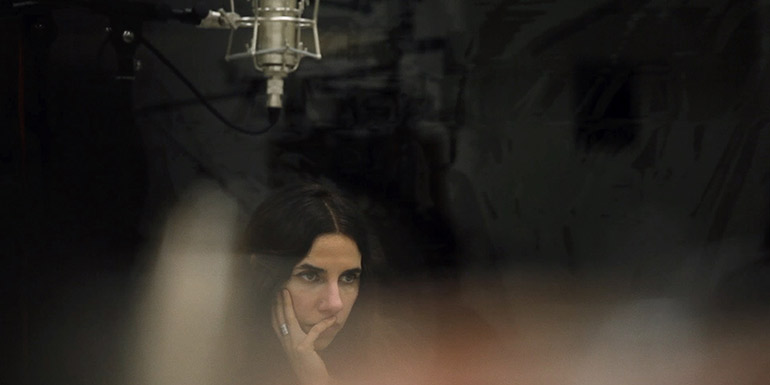 As imaginative as the creative process it documents, A Dog Called Money is a uniquely intimate journey through the inspiration, writing and recording of a PJ Harvey record.

Writer and musician Harvey and award-winning photographer Seamus Murphy hatched a collaboration. Seeking first-hand experience of the countries she wanted to write about, Harvey accompanied Murphy on some of his worldwide reporting trips, joining him in Afghanistan, Kosovo, and Washington DC. Harvey collected words, Murphy collected images.

Back home, the words become poems, songs, then an album, which is recorded in an unprecedented art experiment in Somerset House, London. In a specially constructed room behind one-way glass, the public – all cameras surrendered – are invited to watch the five-week process as a live sound-sculpture. Murphy exclusively documents the experiment with the same forensic vision and private access as their travels.

By capturing the immediacy of their encounters with the people and places they visited, Murphy shows the humanity at the heart of the work, tracing the sources of the songs, their special metamorphosis into recorded music, and, ultimately, cinema.