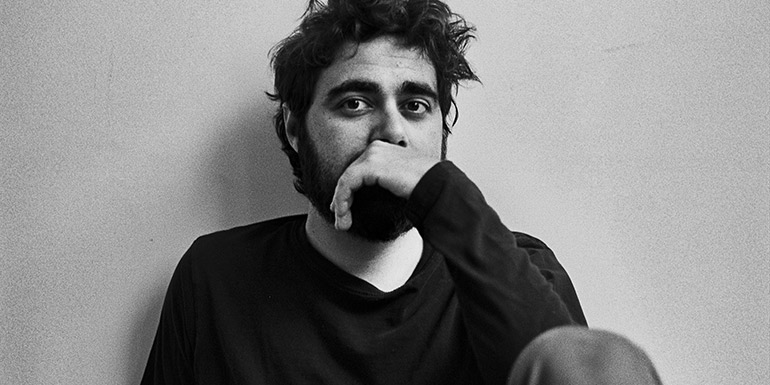 Albanese’s compositions are airy and cinematic, blending classical music, pop, ambient and psychedelia. He started studying piano and clarinet as a child before becoming fascinated by rock music performing in several bands. Influenced by black music, folk, electronic, modern and contemporary classical music his skills as a composer soon emerged. Released in February 2014, his highly acclaimed debut solo album “The Houseboat and the Moon” has been described as “pure gold”, and “one of the most beautiful modern classical albums of the past years”.

Following the success of his latest release “The Blue Hour”, described as “One of the most hauntingly beautiful records you’ll ever hear “(Drowned In Sound) , Italian pianist and composer Federico Albanese reveals the release of his upcoming full-length album via “Neue Meister” and his European tour which brings him to Triskel Arts Centre in Cork.

“The Blue Hour” album launched on January 15, 2016 and was released by the historical record label BERLIN CLASSICS in their new series of contemporary classical music called “Neue Meister”. In February 2016 Albanese composed and arranged the piece “Shadowland Suite”, an orchestrated version of the tracks Shadow Land pt.1 and 2. He performed the piece in Berlin together with the Deutches Kammerorchester Berlin. Following the release of “The Blue Hour”, Albanese performed numerous concert across Europe including Womad Festival (UK), Montreux Jazz Festival (CH) and SXSW in Austin, Texas.

Federico Albanese is a composer born in Milan, Italy in 1982. His musical versatility is a natural gift that pushes him to explore music in all its facets.