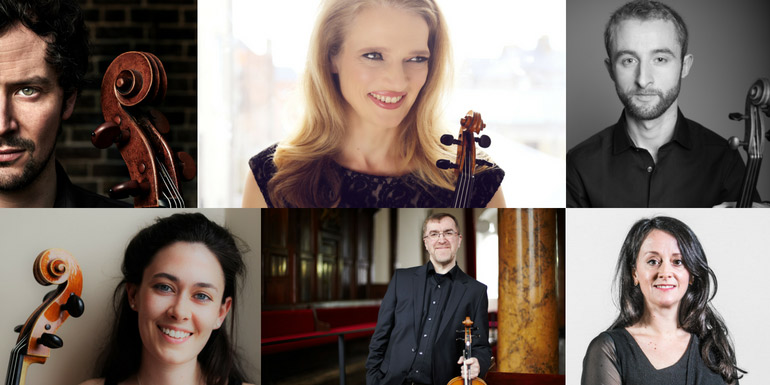 Both of Brahms’ sextets for strings are early works; the first, B-flat Major Sextet was composed when Brahms was only twenty-seven years old. Clara Schumann wrote of the piece: “It was even more beautiful than I had anticipated, and my expectations were already high.” Sam Perkin’s Duet for Two Violas will follow, and the programme will conclude with the lovely string sextet that serves as the introduction to Capriccio, Richard Strauss’ final operatic venture.

Funded by the Arts Council and supported by Triskel, the series is based on the principle of bringing together some of Ireland’s most distinguished musicians to play with one another in small ensembles. These concerts showcase a wide range of repertoire and a variety of instrumental formations. The featured composer of the Spotlight Chamber Music Series 2018 is Cork native Sam Perkin, whose works will be performed in all four concerts, the first of which will see the world première of his String Trio “Flow”.

See all concerts in the Spotlight series »