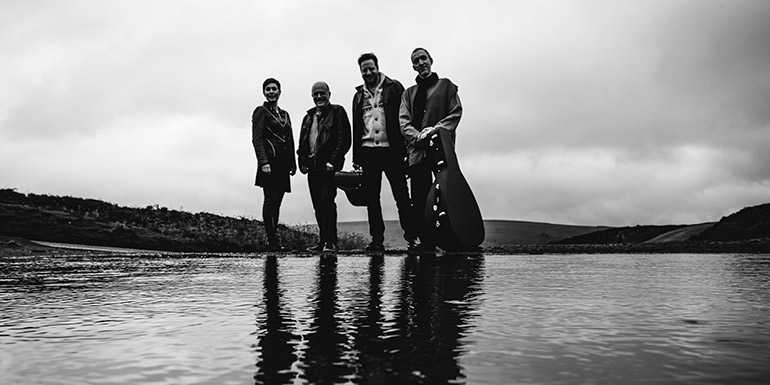 Join us for this beautiful concert to mark Triskel’s 40th Birthday, the 300th Anniversary of Christchurch and Culture Night. Alternative History is part of the Triskel|40 programme, tickets are free (max. two tickets per person) and will be released at 11am on the morning of the concert.

The Alternative History project creates new repertoire for voices and lutes inspired by historical performance practice. We first got together to explore the choral works of Josquin (1450-1521) and Victoria (1548-1611) as they survive in manuscripts dating from long after the composers’ deaths. These ‘secondary’ sources, in which the music is re-invented for singers and lutes, reveal a much longer and more diverse performance history than the a cappella originals. Our performances are probably closer to the way most people first experienced renaissance polyphony: re-contextualised and re-arranged for whoever was available to sing and play it.

Composers have always engaged with music of the past: Josquin’s ‘Nymphes des Bois’, for example, is a tribute to his teacher Ockeghem and summons up all the leading composers of the age (now themselves dead, of course) to pay homage and sing him a requiem. When the vast corpus of medieval and renaissance music began to appear in modern editions towards the end of the 19th century many composers were inspired to set 17th century verse and to acknowledge their renaissance predecessors. It was only a small step for us to imagine what might have happened if the early music revival had happened at the beginning of the 20th century rather than towards the end. Would Peter Warlock (1894-1930) have accompanied his mysterious mystical carol with lutes if there had been any lute players around in the 1920s? We’ll never know, but in the spirit of renaissance practice we can re-invent his music for our quartet and perhaps understand what he heard in his head.

The renaissance practice of performing with whatever forces are available survives in much modern pop music and jazz: the music often starts as a sketch which is then coloured by the performers in a collaborative process that can mean many different versions of the same song. In a similar spirit we have developed working partnerships with jazz and rock musicians. On our last visit to Triskel we performed ‘Amores Pasados’ by John Paul Jones, former bass guitarist with Led Zeppelin, and this time he has written us a setting of William Blake’s ‘Cradle Song’. We have recently begun collaborating with ex-Weather Report drummer jazz musician Peter Erskine and tonight we will perform his setting of Anne Hills’ poem ‘Ash and Snow’. Although not a sacred text it is imbued with sensitivity to the spiritual needs of our times. ‘Arvo Pärt’ will need no introduction to today’s audience, and our version of his ‘Pari Intervallo’ (performed with the composer’s blessing) also reflects his contemplative view of the universe.