Triskel Cinema will re-open on 24 July 2020. Tickets will be on sale shortly.

In The Shadow Of The Blue Rascal NC 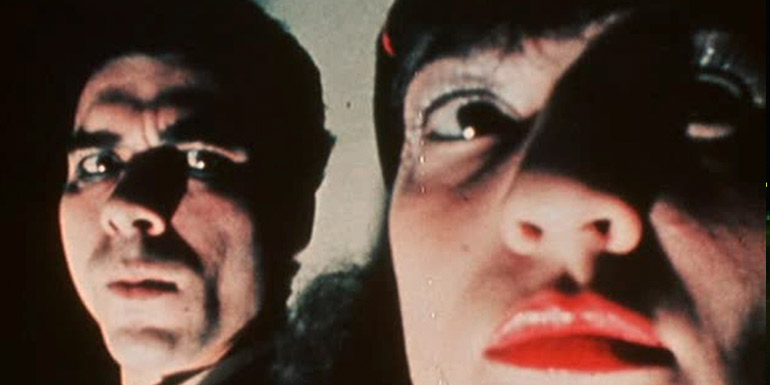 Pierre Clémenti’s reputation as an actor and icon of the rebellious creative spirit of late ‘60s France is legendary. The small but visionary series of experimental films that he directed deserve to be equally well known. Hallucinatory products of a drug drenched underground, these very personal works pulsate with a dark and heady lyricism that never fails to build to a remarkable pitch of intensity.

His feature In The Shadow Of The Blue Rascal is no exception. Made on a shoestring between 1978 and 1985, this nightmarish science fiction noir is strongly reminiscent of William Burroughs’ fiction. In an alternate version of the present, the authorities of Necrocity hand over police powers to a band of vile gangsters in order to repress a revolution. The story follows the ill-fated wanderings of a vicious killer until an unexpected shift in the narrative questions everything that has come before. Shot in distinctively garish colours, this trawl through the decadent psychic underbelly of a sick society is built on a spine of stark political anger.